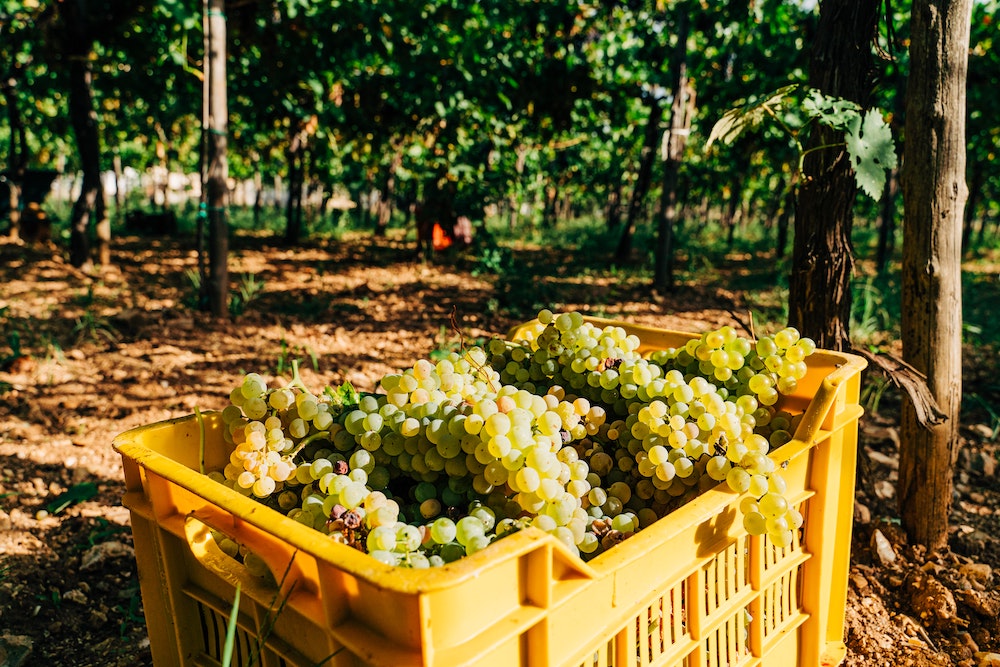 Wine report Italy September 2022 – Currently, about 70% of the grapes, mostly white grapes, have been harvested. Despite great fears until July, due especially to severe drought and high temperatures, providential rains that fell in early August have definitely improved the overall situation.

Only the regions with prevalence of hilly area,  compared to the plains, therefore without emergency irrigation, suffered from the drought, especially Lombardy and Piedmont, where production is expected to drop by 10-15% less than last year.
In the rest of Italy, particularly in the South (i.e., Puglia and Sicily) where the harvest is largely over, the quantity is roughly similar to, or slightly higher, than last year.

The current and overall forecast for Italy, is about 50 million hectoliters, similar to last year.
Quality is generally good, even if with some heterogeneity, with good alcohol content and organic balance.

In the next 15 days, after the harvest is over, I will send you the next report with final production estimates and prices of the main wines. In fact, the grapes of great Italian red wines such as Barolo, Amarone and Brunello di Montalcino are about to be harvested.

It’s a shame that OMS has recently decided on a drastic fight against alcohols in general, including wine among them, with no distinction between abuse and proper consumption. But this in another history.

Meanwhile, I toast you all with a glass of good wine. Cheers!